Seen One Beta Glucan, Seen Them All? 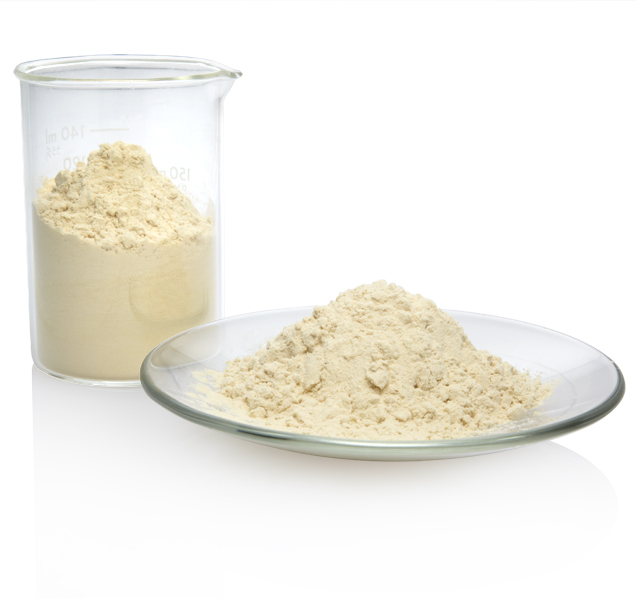 The specific source organism (e.g., strain of yeast) of a particular beta glucan makes all the difference in terms of safety, mechanism of action, and efficacy. That’s because each type of beta glucan, molecularly speaking, has a different backbone and branching arrangement that can give it health benefits that are completely different from other types.

Details matter. So, let’s review the science behind different forms of beta glucan.

Certain beta glucans derived from cereal grains (beta 1,3 and beta 1,4 glucan), predominantly oats, have been found useful for managing cholesterol levels—specifically, LDL, or bad, cholesterol. No changes in cholesterol level are typically found with either HDL (good) cholesterol or triglycerides.

People tend to lump all mushroom species together as one homogeneous group. This is a mistake. And while no one knows how many types of fleshy fungi exist in nature, there are an estimated 10,000 described species known in North America alone, and many believe there are thousands that remain undiscovered. The sheer number of mushrooms alone makes it difficult to generalize about their benefits, though researchers have honed in on a few different types. Even there, some studies show efficacy, and others not so much.

Beta glucans are found in the fungal cell walls, and in terms of research, the findings related to immune response have been mixed.

One study tested beta glucans derived from the common edible oyster mushroom with 175 children between the ages of 3 and 7 who had had more than five upper respiratory tract infections (URTIs) in the previous year. Symptoms of such infections are akin to those of colds and flus: nasal congestion, runny nose, sneezing, sore throat, and cough. In taking 120 ml/day of a mushroom beta glucan syrup for a year, 36 percent of the children did not suffer any URTIs over the six months of the treatment period, compared to 21 percent in the control group.

Conversely, another study used shiitake mushroom. After six weeks of using 2.5 mg/day of beta glucan, no significant difference was found between the groups in relation to a range of immune markers, except for an increase in the number of circulating B-cells, a type of white blood cell.

Ultimately, although mushroom beta glucans have been shown to have immune health benefits, research shows that their potency is lower than that of certain well-studied baker’s yeast beta glucans. And given the vast number of mushroom types and that their chemical structure likely impacts their efficacy and associated health benefits, further clinical research is needed to fully understand how each type of mushroom beta glucan works.

Yeast-derived beta glucans (Saccharomyces cerevisiae) usually originate in either baker’s yeast or brewer’s yeast. Even though both are beta 1,3/1,6 glucan from S. cerevisiae, the source matters—the beta glucans extracted from the cell walls of baker’s yeast exhibit a different molecular pattern from that of brewer’s yeast, which can influence the immune-modulating abilities of the final product.

Looking for more information about the differences between beta glucans? Download our latest white paper, here.

The proprietary baker’s yeast beta glucan Wellmune®, is supported by biomarker, mechanism-of-action, and clinical research studies that have revealed that it has specific effects that target monocytes, a type of white blood cell at the forefront of the body’s immune defense system.

Think of macrophages as the pawns on the chessboard of the body’s immune system. Pawns are the first pieces to move on the chessboard. Wellmune makes the pawns function more efficiently, helping them shift from the skill level of your savvy uncle to that of a Kasparov or Fischer.

Macrophages recognize foreign substances that are not usually present in a healthy body, such as cellular debris, microbes, and viruses. These macrophages digest and release Wellmune beta glucan fragments, which then bind to the CR3 receptor sites on neutrophils and subsequently prime these cells for fighting activity. It’s notable that the overall effect is to “prime” the immune system, rather than “boost” it, as occurs with immune enhancers and which may lead to cellular stress.

Research demonstrates Wellmune’s efficacy in a variety of populations.

In one double-blind, placebo-controlled human study on 100 healthy adults conducted over 90 days, 250 mg/day of Wellmune led to decreases in both the duration and severity of URTIs. The most-cited symptomatic relief was “the ability to breathe easily.”

Researchers in China gave 1- to 4-year-old children an age-appropriate dose—either 35 mg/day or 75 mg/day—during the cold season. All of the 152 children enrolled had experienced at least one URTI within the previous three months. The researchers discovered that after 12 weeks, children taking Wellmune reported six fewer sick days.

In a recent pilot study, 100 healthy older adults (with an average age of 59 years) were divided into two groups and consumed either 250 mg of Wellmune or a placebo. The Wellmune group exhibited a strong trend toward a reduction in the number of URTIs, a reduction in the symptom days of a cold, and statistically significant changes in the body’s response to viral encounters and inflammation.

Researchers also found improved psychological well-being in exercise- stressed adults and improved mood in marathon athletes. Multiple clinical studies with marathoners, cyclists, and other athletes have demonstrated that Wellmune helps athletes stay healthy during and after intense exercise, allowing for harder and longer periods of training.

Many kinds of physical stress exist beyond structured exercise. That means the benefits of the Wellmune beta glucan could support immune balance in individuals who work in stressful or physically demanding jobs. One study among wildland firefighters found that those taking 250 mg/day of Wellmune had a 23 percent reduction in URTI symptoms compared to the control group. Health performance questionnaires completed at the end of the 14-day study found “dramatic improvement” in overall physical health.

Why yeast beta glucans are for immune health products.

Connect the dots between
your product & immune health.